Cooper Douglas Kupp (born June 15, 1993) is an American football wide receiver for the National Football League’s Los Angeles Rams. He attended Eastern Washington University, where he won the Walter Payton Award as a junior, and was drafted by the Rams in the third round of the 2017 NFL Draft.

So, what is Cooper Kupp’s injury? 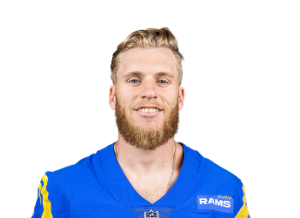 UPDATE 2: Cupp will be out for six to eight weeks after undergoing surgery on his right high-ankle sprain on Wednesday.

UPDATE: Cooper Kupp will have surgery Wednesday to treat a right high-ankle sprain, according to Rams head coach Sean McVay.

Kupp was injured while attempting to catch a pass, with his right ankle appearing to be rolled up underneath Cardinals cornerback Marco Wilson. Kupp needed assistance getting to the sidelines because he couldn’t put weight on his leg.

The Rams and Kupp are hoping that the wideout strikes gold once more, avoiding a season-ending injury.

“It just got rolled up a little bit,” Kupp told ESPN’s Sarah Barshop. “The foot became entangled, but I believe it was able to slip out before too much damage was done.”

Kupp had a similar scare two weeks ago against the San Francisco 49ers but did not miss any time.