The (9-10) Brooklyn Nets will travel to Indianapolis, IN on Friday to face the (10-7) Indiana Pacers. The Nets won the previous meeting between these two teams by a score of 116-109. 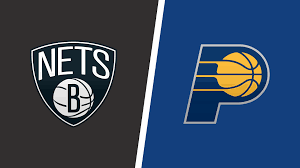 The Brooklyn Nets are coming off a 112-98 victory over the Toronto Reports. The Nets were effective on both ends of the court, and they must carry that momentum into this game if they are to challenge the Pacers on the road.

Durant attempted the fewest shots from the field this season, but he still managed to score 20 points on 64.2 percent shooting.

He also continues to contribute in other areas, as he has a block in 17 of 18 games and is averaging 6.5 boards and 5.3 assists on the season.

Irving led the Nets in scoring in a game where Kevin Durant struggled to make an impact offensively, and the veteran point guard didn’t take long to pick up where he left off before his eight-game suspension.

Irving has scored over 20 points in each of his last two games and should continue to play a key role on offense for Brooklyn, even taking over in games like Wednesday’s.

The Indiana Pacers are coming off a 115-101 loss to the Minnesota Timberwolves. The Pacers struggled on the offensive end of the court, shooting 38.5% from the field. If they want to defend their home court against the Nets, they will need to be more efficient on offense.

Andrew Nembhard (knee) is questionable for the Nets game on Friday.

Nembhard could miss his third game in a row. If that’s the case, T.J. McConnell and Aaron Nesmith are still viable options for an extended run.

Isaiah Jackson (ankle) is questionable for the Nets game on Friday.

Jackson did not play in Wednesday’s loss to the Timberwolves, his first absence of the season.