On December 4, 2022, at 8:30 p.m. UTC, the New Orleans Pelicans will face the Denver Nuggets. Smoothie King Center hosts the game. 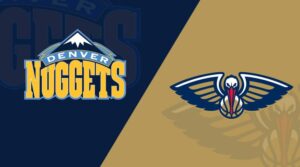 Brandon Ingram (toe) is out for Sunday’s game against the Nuggets, according to Christian Clark of The New Orleans Times-Picayune.

After missing Saturday’s practice, Ingram will miss his fourth straight game on Sunday. Ingram will have plenty of time to rest his toe injury before facing the Pistons on Wednesday.

In the absence of the star forward, Trey Murphy has started all three games.

Herbert Jones (ankle) will miss Sunday’s game against the Nuggets, according to Andrew Lopez of ESPN.com.

Jones and Brandon Ingram (toe) are still out, so Trey Murphy and Dyson Daniels are expected to start again. Jones’ next opportunity to play will be against the Pistons on Wednesday.

Zion Williamson carrying a large portion of the load is critical because Brandon Ingram and Herb Jones will be unavailable again. Aaron Gordon is as good a defender as you’ll find at power forward today, so he’ll need some help. So, keep an eye on Zion’s frontcourt running partner.

Jeff Green (knee) is questionable to play in Sunday’s game against the Pelicans.

Green is questionable to play in Sunday’s game after missing the last six games due to a right knee contusion.

Nuggets coach Mike Malone said Friday that Green could return Sunday, so if he’s unavailable against New Orleans, he should be good to go for Tuesday’s game against the Mavericks with an extra day off.

Peyton Watson (hamstring) is not in the lineup and his absence will have no effect on fantasy.